Penn Lake is a 55 acre lake located in Luzerne County, 18 miles from Wilkes-Barre, 4 miles from the town of White Haven. The lake was constructed in the late 1800’s as an ice lake by the Albert Lewis owned “Bear Creek Ice Company”.  The Bear Creek Ice Company cleared the land and dammed Wrights Creek to create Penn Lake.  Ice was taken from the lake and shipped on a rail line located at the top of the dam.

In December 1938, Albert Lewis’s daughter, Lily Lewis Kilner sold the land around Penn Lake to Harry F Goeringer and his wife, Mary C. Goeringer for real estate development. The land was surveyed and laid out in lots by the Sturdevant-Dilley Engineering Company Civil Engineers of Wilkes-Barre, PA.

The Penn Lake Association served as the governing body of Penn Lake from July of 1941 until 1976. Penn Lake Park Borough (PLPB) was formed in 1976 from parts of Dennison and Bear Creek townships. The formation of the borough was driven by the need for grant money to fund a major repair of the dam. 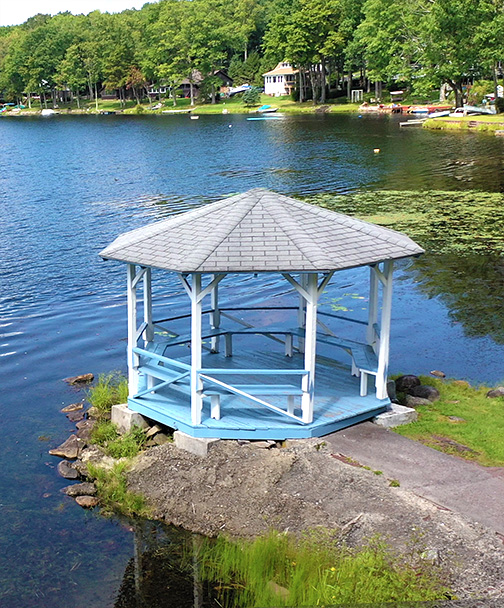